The goals are to

Here it is so far. 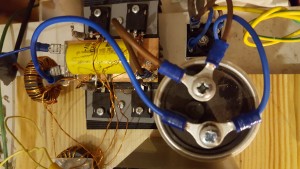 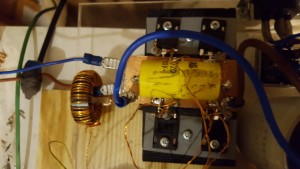 Fed into a full bridge of 4 x G4PF50WD driven by a 4 way GDT . Phase information from the coil is picked up from a current transformer 100:1 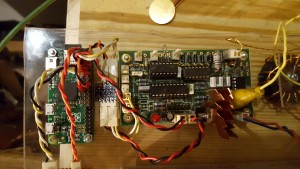 Raspberry Pi Zero connected to a PIC uP board that does the accurate timing via I2c. Currently the I2C needs a level converter from 3.3 to 5V 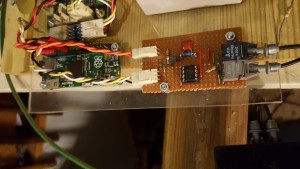 The PI Zero communicates with the laptop via RS232 over a 1Mbd fibre link. 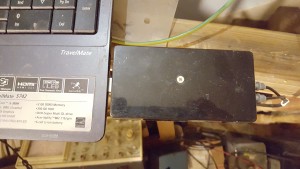 Laptop USB serial fibre interface. uses an Aduino Uno to give USB to serial and to drive the fibre link.

Re built/tidied up topload. Needed re-tune, now much longer sparks for lower voltage/on times. Need to get to running from direct mains so I can lose the variac. Oh I had to test with a tune, of course. 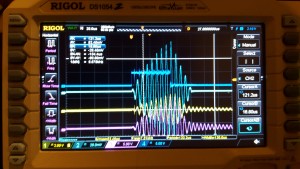 I got the PCBs from OSH park and I realised that they send 3 of everything, as I had some spare components. I built another driver and change the software a little to split the midi to two I2C Ports.

The PI Twin was born (or TauTesla coils )

As Osh park send three boards, So I built another set of boards and tweaked the software to run two midi channels to two tesla coils.

Ran all day at the Notts Gaussfest with no issues,(and no heat sinks on the IGBT’s 🙁 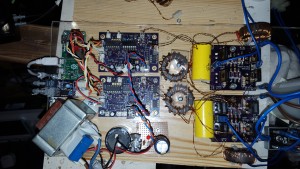 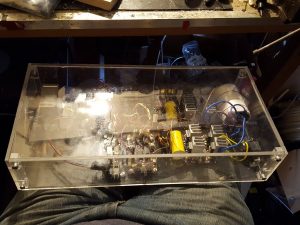 As I had a run of demos lined up I decided that the case should be a little safer. Running with a single sheet of acrylic with all of the live PCBs was not ideal.

The case is made from an recycled sign, its made from 6mm acrylic and has a removable lid (now with cooling fans) Much safer now.  🙂 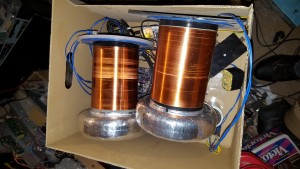 Power limited due to safety… 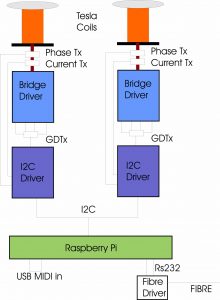 Construction and documentation still in progress, more to come:-

If you are interested, If I get enough requests, I will consider making a kit email me tesla@extremeelectronics.co.uk

The kit will be for experianced builders only due to SMT componants and the risk of electric shock.