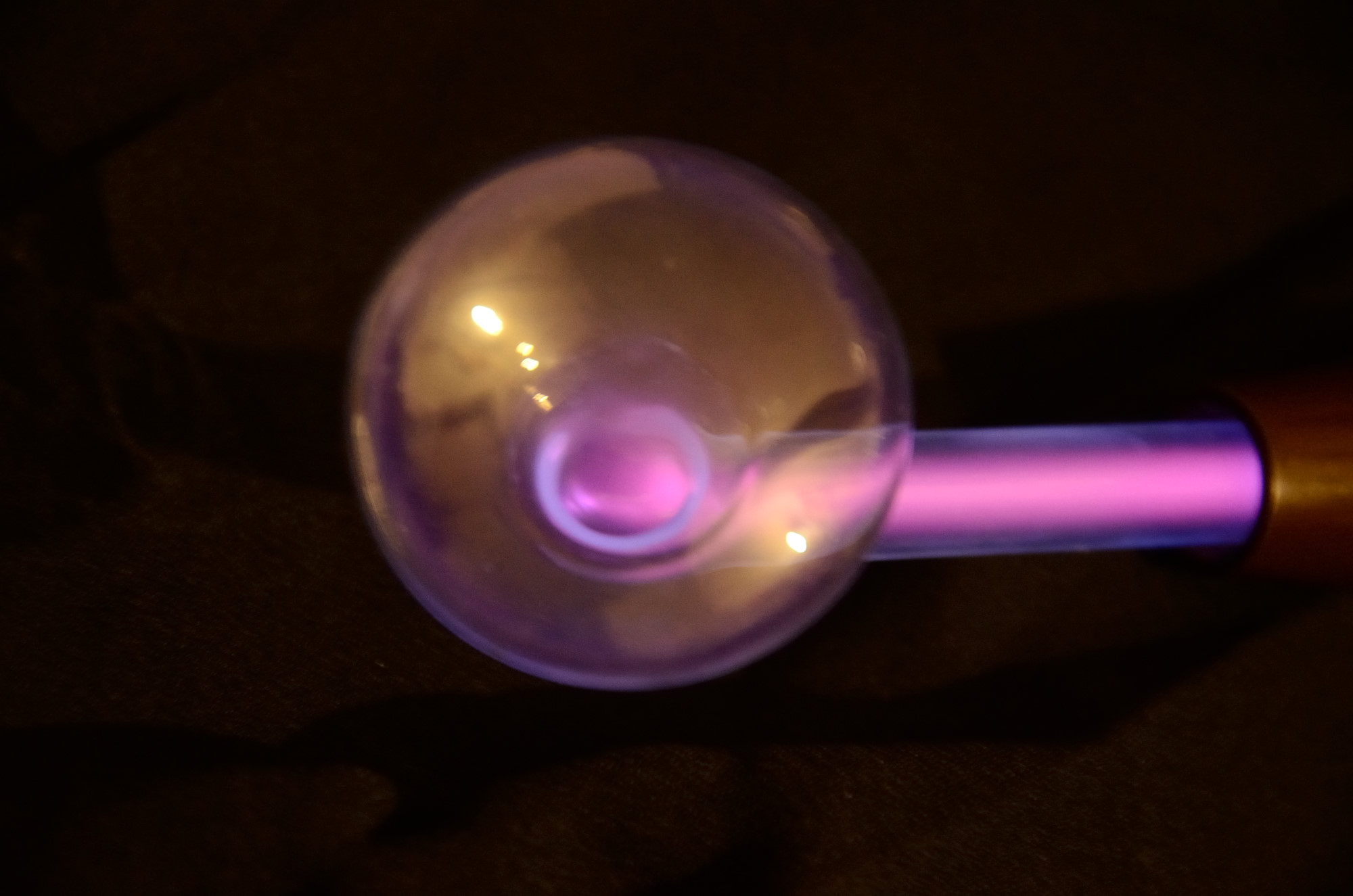 So I saw a good deal on Ebay. A violet wand which was in need of loads of TLC. I’ve only just started looking at what is wrong, but here are some photos.

The unit is made by UVRAL which was a UK manufacturer in the 1930’s Interestingly there is a photo of the exact same device badged by EDISWAN here Power House Museum (yes, Edison did make tesla coils with the UK Swan company)

Quote from that page: “Case containing electro-therapeutic device believed to have belonged to the infamous Dr John Bodkin Adams who was a British general practitioner in the 1900s and had numerous patients die under suspicious circumstances.” – So not dangerous at all then…

UVRAL are currently operating under the name Buckleys and still making HV equipment. 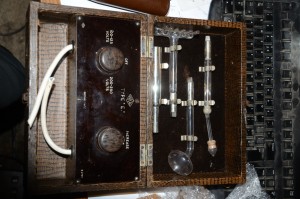 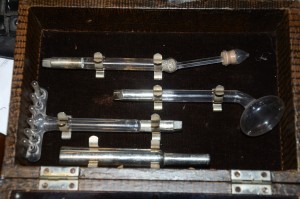 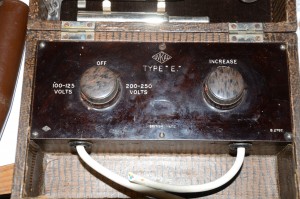 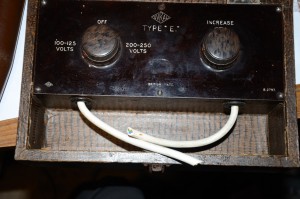 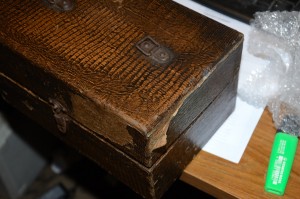 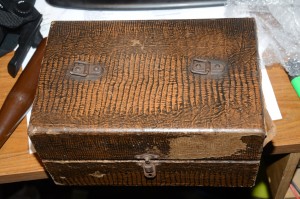 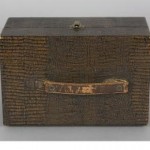 So far, all of the wire needs to be replaced including the deliberately cut cords from the previous attempt to get it working. They are all rubber coated and the rubber is very brittle. 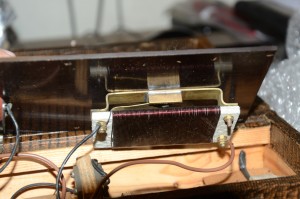 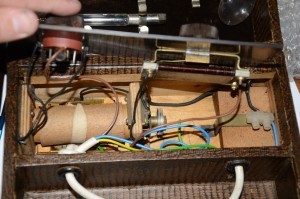 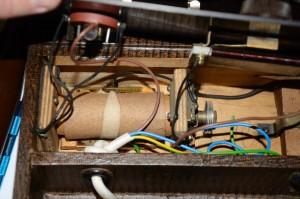 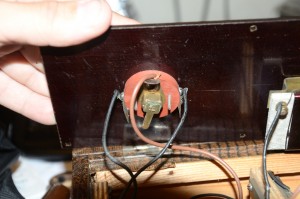 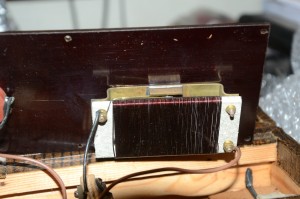 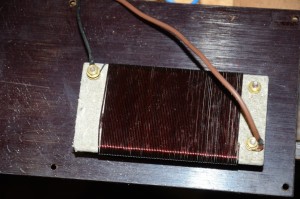 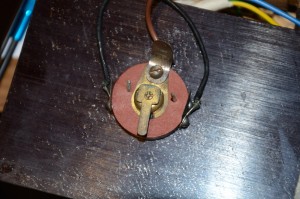 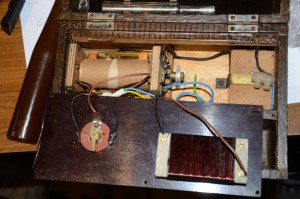 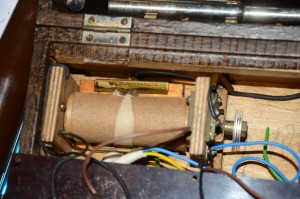 The case and wand look water damaged, no sure if this is just time and moisture, or if it has got properly wet at some time in its history.

I need to test the cap too. 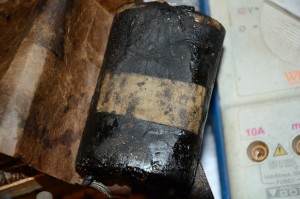 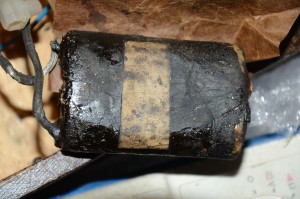 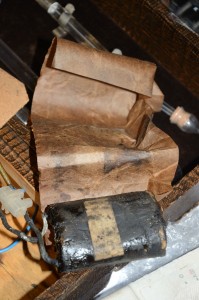 My biggest fear is the wand itself, the primary tests OK, but the secondary appears to be disconnected. Although it is common for the HV output to have a mica sheet and a pair of plates as an out-put cap. Unfortunately even with modest application of a hammer I can’t get the resonator out of the wand to take a better look. 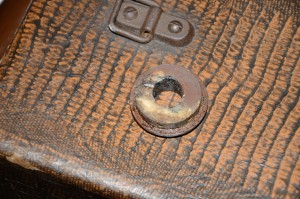 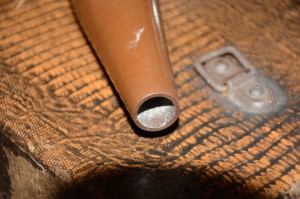 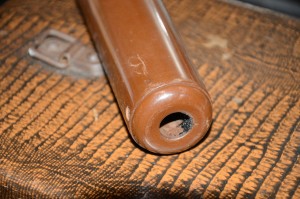 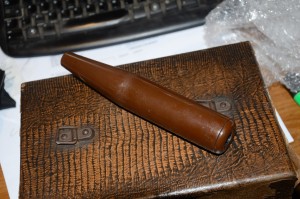 Temporally wired it up with the original internal rubber coated (mostly) wiring and against the odds, it still works. 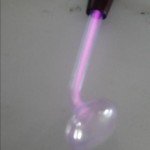 It’s about as dangerous as it can get at the moment, I don’t know the state of the original cap and all of the internal wires need replacing. I’d also like a pair of period, cloth covered cables for the wand and power.

But its worth it, now I know it works.

So I need to re wire the device. 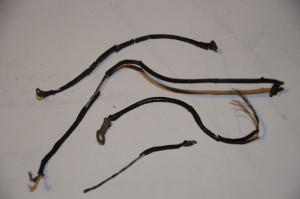 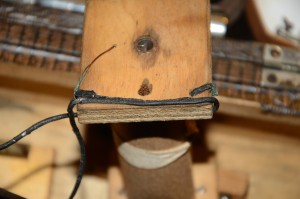 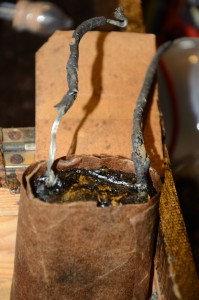 So I have replaced all of the old rubber insulated wires with new wire. The leads to the capacitor I didn’t want to disconnect, so I stripped off the rubber and sleeved the bare wires. All of the connections have been replaced with soldered tags, where before the wire was just wrapped around a brass screw and bolted down.

I also found a new bit

its two sheets of brass with a mica insulator making a HV capacitor. In lieu of an earth (when used in the US) this insulates the neutral so it can be used as an earth. Ill probably bypass this and use real earth. 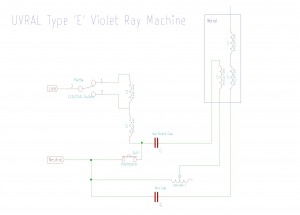