This clearly shows the primary (C & L) as a large dip on the left and the secondary / topload as the smaller dip on the right. I’m feeding the primary coil and primary cap in parallel as this gives the best indication of the current change in the primary. For some reason driving the coil with Cpri in series shows a lumped resonance (or doesn’t show the primary resonance up at all)

Images from the EMPi cam at the Cambridge Teslathon

More on the EMPi

Video made from stills from the EMPi Camera (taked at 1fps, displayed at 5fps) Quotations from the great man himself

“Invention is the most important product of man’s creative brain. The ultimate purpose is the complete mastery of mind over the material world, the harnessing of human nature to human needs.”

“What one man calls God, another calls the laws of physics.”

“The scientists of today think deeply instead of clearly. One must be sane to think clearly, but one can think deeply and be quite insane.”

“If your hate could be turned into electricity, it would light up the whole world.”

“I do not think there is any thrill that can go through the human heart like that felt by the inventor as he sees some creation of the brain unfolding to success . . . Such emotions make a man forget food, sleep, friends, love, everything.”

“All that was great in the past was ridiculed, condemned, combated, suppressed — only to emerge all the more powerfully, all the more triumphantly from the struggle.”

“But the female mind has demonstrated a capacity for all the mental acquirements and achievements of men, and as generations ensue that capacity will be expanded; the average woman will be as well educated as the average man, and then better educated, for the dormant faculties of her brain will be stimulated to an activity that will be all the more intense and powerful because of centuries of repose. Woman will ignore precedent and startle civilization with their progress.”

“Our virtues and our failings are inseparable, like force and matter. When they separate, man is no more.”

“That is the trouble with many inventors; they lack patience. They lack the willingness to work a thing out slowly and clearly and sharply in their mind, so that they can actually ‘feel it work.’ They want to try their first idea right off; and the result is they use up lots of money and lots of good material, only to find eventually that they are working in the wrong direction. We all make mistakes, and it is better to make them before we begin.”

“The human being is a self-propelled automaton entirely under the control of external influences. Willful and predetermined though they appear, his actions are governed not from within, but from without. He is like a float tossed about by the waves of a turbulent sea.”

So lets start with the basics. Most electronic tesla coils don’t run continuously (Ill come back to CW coils later). To maintain a large spark output current in the primary circuit is key, to get the best out of the components the coils are driven for short periods of time, at high currents, quite often exceeding the continuous rating of the drivers.  During this short ‘on’ period, power is stored as in the primary and secondary coil. As soon as the power is turned off the stored energy is transformed into a high voltage high frequency pulse. It is this pulse that you see as the discharge from the top of the coil.

So, if you repeat this process at say 263 times a second, you will hear an audio tone at middle C

I see many Violet ray machines on Ebay (and other sites) and haven’t really thought about the dangers, until I bought one that is.

Of course, the one I bought was cheap. To be fair to the seller someone had cut both the power cable and the wand cable before I bought it. That action probably saved someones life. 1. Because it was cheap on ebay, so I bought it and 2. If some one else had bought it, they may not have checked it before use.

The device, like many on sale on the internet is nearly 90 years old. The internal construction is wood and the primary insulation of the internal wiring is rubber. This rubber had over time become brittle and in many places fallen off.

Here are the pieces of cable I have replaced.

They are all suffering from noticeable wear!. The wires from the capacitor were for the most part bare.

The cable from the wand was wired with only two wires. Considering that the third is the “earth” and that the high voltage developed by the wand would have traveled back via the other two cables (one is connected directly to neutral the other via a capacitor to live) the sparks from the wand could easily have been backed with 240V

When properly repaired these devices can be used safely, but GET THEM CHECKED, not just by an electrician, but by someone who knows about high voltage and tesla coils. There are a number of possible gotchas in there.

Also, don’t run a vintage violet wand for more than 10 minutes. They were not designed to be continuous use devices, they WILL over heat, and when some of the components are insulated with wax, heat is not a good thing.

Stay safe and please pass this warning on.

I found a violet wand on ebay, with some “issues”. The price was right, so I thought it was worth a punt. After carefully wiring it up, I applied power and amazingly it still works. Needs loads of work to make it safe though. Like a complete rewire and a number of safety checks.

A small induction coil powered from a 4.5v battery with a pair of steel tube handles to give a shocking experience. KAY appears to have been taken over by S.E.L (Signalling Equipment Ltd) as this advert appears to show. Very similar product with a different logo. (from Brighton Toy Museum) The manufacturing company J & L Randall of Potters Bar (Middlesex/Hertfordshire) made military equipment as SEL before moving into the toy trade. They are also known as Merit for more mainstream toys.

After many years of sitting in a rack gathering dust, one of the volunteers at Cambridge museum of technology has resurrected their mercury rectifier.

It used to run a large DC Motor from the new-fangled AC mains. But this was soon superseded by a replacement.

The Rectifier has lain dormant since at least the 70’s. The Museum has managed to get a supply to the anodes and enough current via it’s ignitor circuit to get the tube lit up and working (although at much lower power).

A fantastic achievement that shows the engineering (and beauty?) of these rare devices. Much better than an odd shaped dust covered glass thingy in a rack. 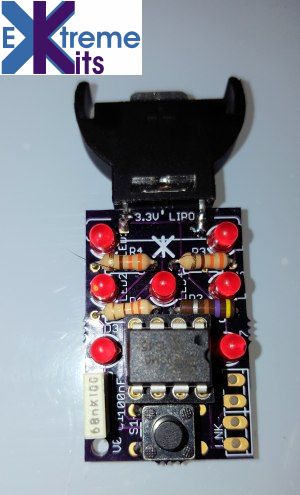