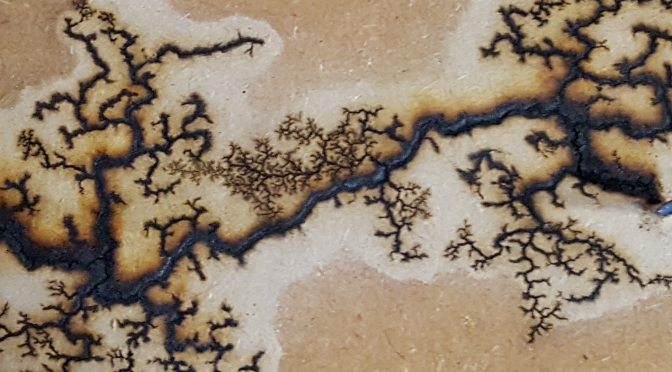 Ok so it started as one of those phone calls that asks if I can make safe sparks. Quite a regular ask for me and I always start with no. High voltage isn’t safe.

Anyway after a number of discussions. I was asked to make a “relatively” safe way of allowing a BBC presenter to create lichtenburg figures.

The method I came up with was to use a 15KV OBIT (Oil Burner Ignition Transformer). I prefer this type of transformer to a MOT (Microwave Oven Transformer) for purely safety reasons. One touch from an MOT and you are either Burnt, Dead or Burnt and Dead, Not good odds. This is due to them giving up to 100mA at 2KV, plenty to get 1-2mA across the heart of the unwary. The other issue with MOT’s is they are low enough voltage not to cause corona, which means they are silent, a dangerous mix. OBITS on the other hand give out 10-15Kv at 5-10mA. Not safe, but you are much more likely to survive an accidental contact.  Also due to the OBITs high voltage, you can hear when they are on. The boxes were split in to two, the Transformer and high voltage at the “HOT” end and the lower voltage (mains) at the other.

The control box had a key lockout which needed to be in place for the HV to be turned on. This key was attached to me with a short lead so I could ensure the HV area was safe before I allowed any power to the box. The Go button was momentary, so that if any danger was spotted the power could be quickly removed.

The mains was supplied via an earth leakage trip for added safety. The HV end was supplied via 30KV insulated cable to two crock clips that attached to the screws on the board.

The board was dampened with water and washing up liquid, (required to properly soak more than just the surface of the board) This really is a don’t try it at home experiment, when the power is on, you can’t touch ANYTHING, damp wood, water and high voltage  not a good mix.

Luckily the presenter was Marty Jopson a HV fan so the explanation and safety briefing was fairly easy as he understood the risks. (He has his own collection of HV equipment including a one Tesla.) This was all done in the most glamorous of locations 🙂 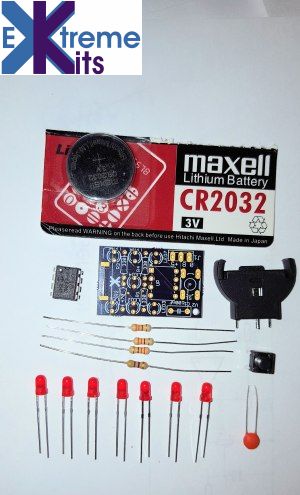