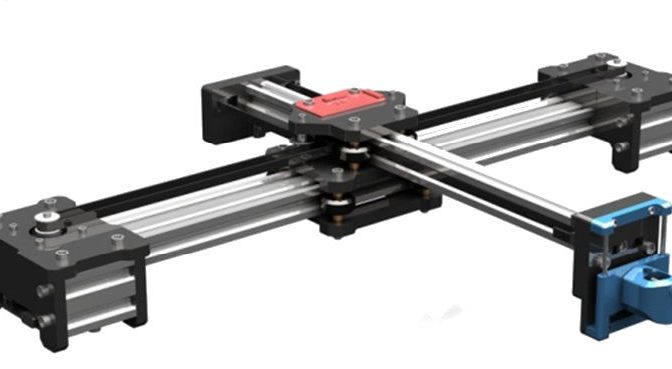 I wanted to a cheap XY plotter to try some experiments and after looking at ebay I saw an inexpensive plotter to try, the Vigotec VG-A4

Construction was fairly easy, although the only instructions that came with the package were in Chinese. I have since found the instructions here Although due to translation issues, they are not much more help.

The Plotter was constructed and worked first time as a writer using the example JPG’s and the VigoTec Writer Software. (Downloadable here )

Be careful about belt tightness. If the belt it too tight you will easily loose position when moving. Otherwise the hardware is well made an designed.

I haven’t yet tried the Engraver software as this involved changing the firmware in the driver board.

All working well, I started to try driving the plotter by G-Code. There is of course Zero Documentation.

So after a lot of trying things I found the PenUP/Pen Down commands which are M03 and M05 respectively. You will need a delay for the pen server to do its thing, Im currently using G4 P1000 to give a 1 second delay.

This mostly works, as a test I put in a move G1 X Y Z and a pen down followed by a pen up. I did this 4 times to create a dot in each corner of a square, The pen only responded to two of them, I have no idea why.

The Writing software is very buggy. With many of the adjustments not working at all. I also find that you MUST do a pen down then a pen reset before using G-Code otherwise the pen wont work at all. (The pen UP button appears to do nothing. Unless you have loaded an image).

Be careful using G0 the plotter appears to lose position even with the lightest of pens. To cure this and especially if you are using anything heavier, use a G1 X Y Z FXXXX to set the feed rate. ( When using G-Code the speed slider is ignored)

There are some issues with G1 and pen up/down, but I haven’t fully discovered what the causes to these are or any solutions yet. 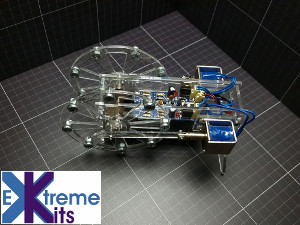